I created a static site generation script to show detailed messages from a collection of git repos. It uses my static site generator side, which is built using an exciting new TypeScript runtime called deno, which I do not recommend using for production applications yet.

In the end, it'll look something like the image below. You can tweak it to use whatever CSS you want; I'm not a front-end designer. 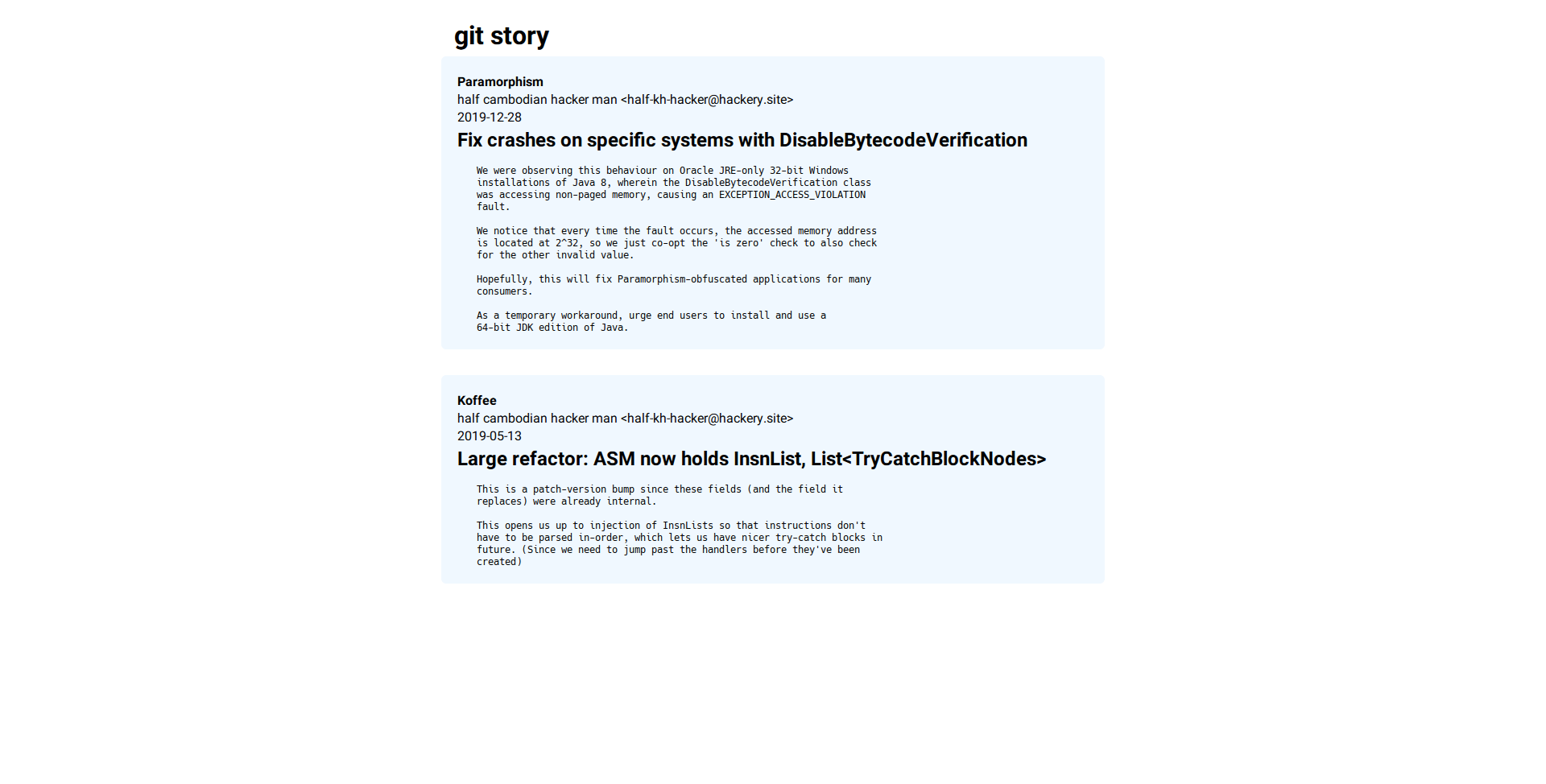 This blog post is heavily cut down from what it used to be: It's very rambly, but it does cover solving a problem incorrectly the first time. I think the process can often be just as important as the result.